It’s been less than a month since monster hunter Morgan’s last big case, and trouble is already rearing its ugly head. When Morgan’s boyfriend makes a startling discovery about the bodies piling up around New York City, the two of them will have to venture deep into the land of the dead to find answers.

But they aren’t alone. Old flames and not-so-old friends have come to play, and not all of them have the purest of intentions. Morgan’s magic can blast through the undead, but will it be able to help the witch hold on to the last bit of family she has left?

Do you love reading New Adult and Urban Fantasy books? Then this is the perfect giveaway for you! 10 New York Times, USA Today and International Bestselling Authors have have teamed up to bring you a SPECTACULAR prize — a Kindle Fire loaded with 10 bestselling New Adult and Urban Fantasy ebooks! Even better, this contest doesn’t just have one winner, but SIX! One person wins the kindle, and an additional five people will be given all ten of the ebooks in this giveaway. PLUS you can earn unlimited extra entries! Scroll down to learn more about the prizes, or click here to enter:

The Prizes: One Kindle Fire…

Plus these TEN New Adult and Urban Fantasy Bestselling eBooks!

(Click on any cover image to learn more about the book)

Remember, there are SIX chances to win, plus you can earn unlimited entries. So what are you waiting for? Click here to enter the giveaway. 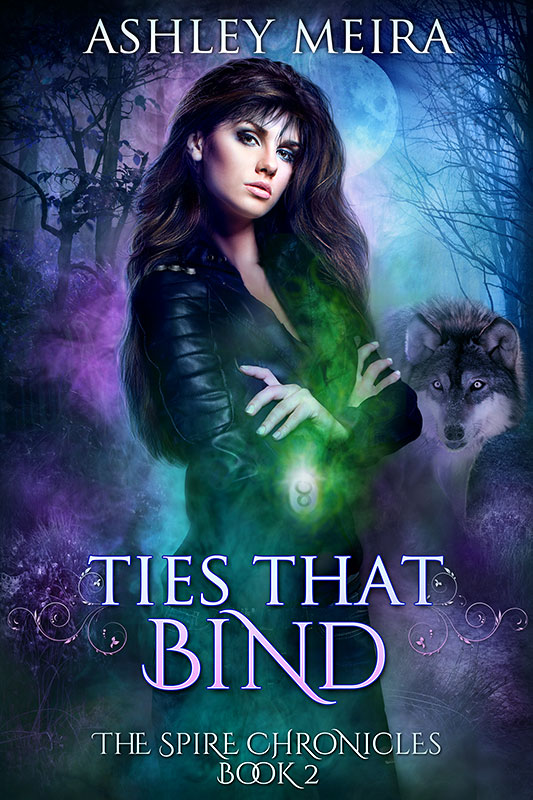 Hunter of all things evil and paranormal, snarky witch Morgan Maxwell knows she needs to get herself back into shape before she continues the hunt for the demon-worshipping vampire that tried to kill her, her friends, and the rest of the world.

Until she receives a summons from her estranged father to help solve the gruesome murders of werewolves and shifters that live in his city’s forest.

The last thing Morgan wants to do is see the man who threw her aside when she was a child, but even she can’t let bitterness and resentment keep her from helping put a stop to the murder and mutilation of innocents.

But solving the murders will be the least of her worries. Alex – a man Morgan finds herself getting terrifyingly close to – has a personal stake in this case, one that Morgan fears will tear them apart for good.

Ties That Bind is the second book of The Spire Chronicles urban fantasy series.

Talented witch and monster hunter extraordinaire, Morgan Maxwell has spent most of her life killing deadly paranormal creatures – and searching for any information related to the mother who disappeared from her life when she was four. Following a deadly encounter, Morgan is stuck on bed rest in her hometown and has resigned herself to a few months of binging on TV shows.

But when a straightforward murder investigation takes an even worse turn with the discovery of another body – one that leaves Morgan brokenhearted and lusting for revenge – she’s forced to do something she never wanted to do: work with the sexy and insufferably sweet man who came to put her in handcuffs – and not in the fun way.

Oh, and she has to kick a ton of bad guy ass, but that’s something she’s always happy to do.

Hunter, Hunted is the first book in The Spire Chronicles urban fantasy series.

Readers who enjoyed The Dresden Files or like reading about tough, snarky heroines with magic powers will likely enjoy this series.

The Spire Chronicles series in reading order (with more to come!):

Buy this now on Amazon!